Oh look. You found my scribbles.

Be warned. The path ahead is not for the weak. Beyond this post, waits the drabbling and rambling of a devious mind that’s trying to figure out how to escape to her wonderland and steal your food*. Not necessarily in that order. This is the random and irregularly updated scrapbook of the person who I hope some day is the author of your favourite words. The site contains occasional field reports, spurts of inspirations, prize winners and nonsensical pen scratches (or rather, key presses) that you may or may not find yourself getting lost in. Tissue at hand is highly recommended.

Well now that you know what lies ahead, come on in.

It was a dark and stormy night when our intrepid explorer, seeking the forbidden repository of confections, plummeted head-first down the cascading thoroughfare to the vaults and landed at the feet of the nefarious beldam dubbed “sitter”, inadvertently uncovering every toddler’s nightmare: a “time-out”. 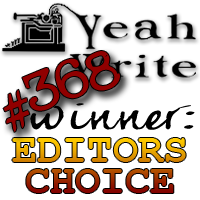 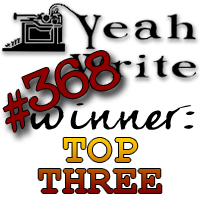 I often dreamed of dying.

Head bashed in by a horse hoof, bleeding out in the Thames, and falling – those were the deaths my dreams chose. They were fitting ends to my tale – poetic almost. The folks at Scotland Yard had bet I’d end up getting shot in some alley. Everyone thought my Final Problem would end with a bang, not a pop. No one imagined it would end like this.

My client stands by my window, probably looking out for the non-existent back-up. I knew Miss Tyler was trouble the second she stepped into my office. Red dress, dagger-sharp heels, everything about her screamed money – dirty, most likely – and danger. A smart P.I. would have passed on this case. But business is slow in Hackney, especially when you’re a woman. Cash up-front trumps common sense. And I could never say no to a pretty face.

My soon-to-be killer steps over me, his shoes filling up my vision. There’s blood on the silver toes – mine. If Miss Tyler’s the femme, then Jacob Orwell is the homme fatale of this story. He’s a typical Casanova, loves mixing pleasure and business, and more than once, his work had made him my business. I didn’t care though. Returning clients never hurt. Until now.

It made sense that they knew each other. High-class like her always find me through referrals. She’s in love with him. I can tell by the way she’s come running to him, not caring that her six-inch stiletto digs into the palm of my hand. I want to scream as she grinds her heel anxiously, but I can’t. The cabinet is crushing my throat along with the rest of me. That won’t be what kills me though. It won’t be the fire she’s suggested either. What will kill me is also the only reason I’m still alive – the two-inch fang buried in my back.

That damned fang is the reason I’m in this mess. Missing items cases were usually a no-brainer but when she showed me the picture of that one-fanged bronze snake, I knew there would be a catch. I just never anticipated that catch being poisoned and ending up buried in my spine.

They’re arguing. They know I don’t have long but she’s afraid someone will link my death back to Orwell. Like I said, she’s in love with him. That makes her more dangerous than he’ll ever be.

He’s less keen on stabbing me again. In the few glances he spares me, I spy feelings I’m all too familiar with.

He doesn’t want me to die. I didn’t realise he cared. Miss Tyler’s noticed his conflict as well. And she’s not happy.

She’s saying they should have grabbed the fang and left a long time ago. She’s right of course. I would have bled out by now if it weren’t for the bronze. But the bronze isn’t what made that snake valuable to them. It’s the venom currently in my system.

Jacob wants to walk away. The venom’s gone. There’s no way I survive that dosage and he knows no one’s coming for me. I work alone. Miss Tyler’s sceptical. She believes my lie about back-up. She’s not thinking clearly anymore. She suggests a fire. Again. Make it look like a gas leak, take down the whole building, she says. He’s starting to realize that there’s no line she won’t cross. Suddenly he’s afraid. I’d laugh if I could. He’s trying to appeal to her humanity, telling her that everyone will assume it was someone I pissed off – not entirely wrong and I have a reputation for doing just that – and move on. He’s asking her to show me mercy. She’s no longer listening. She looks at me with such loathing that I know her motive’s changing. Jealousy was not her colour.

My vision’s going dark, but I can still hear them. He’s trying to reason with her, prove his loyalty. He points out that he stabbed me for her, which is an excellent point. She asks him to do it again. He hesitates. She’s had enough. She screams.

Crash. I think she’s thrown herself at him.

Slam. A body’s hit the wall. The sounds are fading fast.

Crack. Someone broke a bone.

I feel my shirt soaking through. Oil, blood, I don’t know.

All I know is Darkness. Silence.

I often dreamed of dying. Never imagined it would be like this. 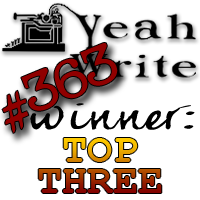 She paced the stall anxiously, resisting the urge to bite her nails. She hadn’t seen him in months, not since the keepers had left. Back then, she had been confident that time apart was all she needed to forget those warm, laughing eyes, that slightly crooked smile, and that unruly mop masquerading as hair. Time was supposed to make you forget. Clearly, the rules of normalcy didn’t apply to him.

A loud banging on the door broke her out of her reverie.

“Just a minute!” she yelled as she sat back down on the covered toilet, groaning internally at her ridiculous predicament. She thought she was cooler than this. Cooler than hiding in the bathroom of some random cafe. Her opinion of herself tanked further as she stood up on the toilet to sneak a look at the source of her dilemma through the grimy, overhead window. Standing across the street, he looked exactly the way she remembered, and yet, different. He had grown, not just in height but also as a keeper. He looked so at ease as he held the fireflies in his hand and whispered to them. Words of comfort, she guessed, reassurances that they could do it. Or maybe she was projecting. The voice in her head sounded a lot like his after all.

She turned sharply, nearly slipping in the process. With horror, she realized that the stalls were open at the top, and her peering head, was clearly visible to the high school girl doing the funny jig outside her stall door.

“Raaight… then, can you get out and watch the show from somewhere else? I really have to pee.”

Face flushed, she mumbled an apology and exited the stall. Once again, she had to remind herself that this was unlike her. Feeling nauseous, she pushed through the crowd in the cafe to ask the barista for a paper bag – just in case she threw up. The shop, like every other shop in a two-mile radius, was packed with people who had come to watch the show. Nothing could unite a city quite like firefly season. As she reached the counter, a large stack of cupcakes caught her eye. She marveled at how the icing colors captured the various shades of the keepers’ fires. No two keeper flames were alike, and neither were the fire-cakes. She scanned the pile, looking for a familiar shade of scarlet.

“Wow, you’re really going all out,” she joked, picking two that came closest to his flame.

The barista shrugged. “The Irish have their leprechauns. We have our keepers.” She thanked him and headed out to the street, nausea replaced by a growing sense of excitement.

The keepers were already in position and the sun had long set. She made her way up to the corner of the street and sat down at the foot of a signal. From there, she had a clear view of the only keeper that mattered. She found her eyes following his every movement as he knelt to pick up the flies preparing to breathe his fire into them. His arms bore more scars than before – souvenirs of the fires he’d lit along the way. She looked at her own unblemished hands, wishing the flames had chosen her so she could have been by his side instead of watching from afar as the singing began. The bugs in his hands glowed scarlet with his fire as they slowly drifted up and into sight. They danced past neon signs as the lights of the city turned off one by one, and the fires of the keepers took to the sky. The crowd cheered as the keepers’ song ended and the festivities began.

“The Irish have their leprechauns. We have our keepers.” She muttered, reaching up to touch a passing firefly.

She turned to find him standing behind her. His warm, laughing eyes – just as she remembered – were fixed on her and suddenly her ears felt as red as the bugs. Embarrassed, she shook her head as he sat down beside her and helped himself to a fire-cake.

“Will you be staying long?”

He shrugged. “Only as long as the bugs do.”

“Wherever the bugs go.” As he spoke, she watched the lingering glow on his hands fade. She didn’t notice that the matching tint in his cheeks persisted. Above, the fireflies danced in the sky. Their season had officially begun.

“I don’t understand,” she said, furiously flinging the cursed fruit across her room. “The plan was perfect! How could she say no to such a delectable, red, juicy apple? What’s greater than apples?!”

The blue halo flickered as her fairy godmother spoke.

(Written in response to the YeahWrite Microprose Challenge but uploaded too late because I still don’t understand time zones.)

He promised to be her knight in shining armor, always, and forever.

She would be his princess, and they’d ride off into the sunset.

That is, of course, AFTER he got a new steed.

This one only sat one.

Follow Not Quite Through the Looking Glass on WordPress.com

Not Quite Through the Looking Glass
Powered by WordPress.com.
Loading Comments...